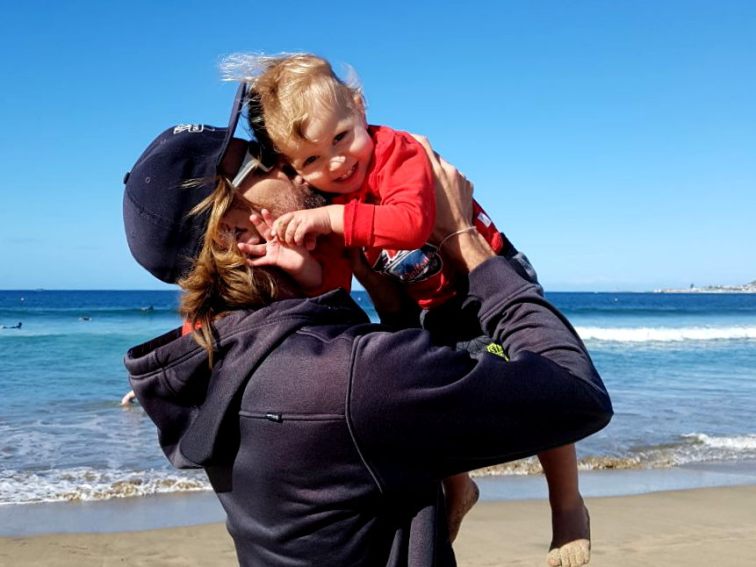 Something major happened yesterday. It was a personal father-son milestone. One that I will likely never forget.

It has do with trust.

My wife still breast-feeds our 19-month old baby boy. So she’s got something I’ll never have when it comes to comforting him: breasts and, more importantly, breast milk.

Whenever he’s scared, or just not doing well in any way, the first thing we’ll do is give him booby.

Other than the fact that it’s the healthiest way of feeding a baby, it’s also super convenient. It’s always on tap and pretty much ready to go whenever it’s needed.

But, she’s the only that’s got it. (And pumping it is a whole other story…)

One of the repercussions of this is that whenever he wakes up at night she’s the one that always puts him back to sleep. Because, of course, that’s when he needs comforting the most. When he wakes up alone at night and it’s dark all around him… Even as adults we struggle to fall asleep without some measure of comfort.

Last night, as per usual, he woke a couple of hours after being put to bed. I went to the room first, because my wife was still busy with something else.

I did the usual thing, I tried my clumsy best to comfort him, speaking to him softly and trying to mimic what I’ve heard my wife doing when she puts him back to sleep.

I’ve tried this many times before and it’s always gone the same way, I’m basically only there to make sure he doesn’t throw himself off the bed until my wife arrives. Then I leave the room and she does her thing.

And while I’m there it always feels like a bit of a lost cause. Because I know what he really wants. He doesn’t really want me. He wants her comfort. She’s been his primary security, since day one.

But last night was somehow different.

I hadn’t magically grown a pair of breasts. I just did what I always did. I tried to comfort him, but he just cried. And while my wife was finishing whatever she was busy with, I kept trying. I made comforting sounds, spoke to him softly and basically just held him in my arms.

I didn’t really do anything differently, but something was different.

It was as if I had gained a new depth in my relationship with my son over the last few weeks.

Now this is where it gets interesting

Because we’ve known, for quite some time, that since he’s already eating a lot of solids in between breast feeding, he doesn’t really depend on the breast milk for nourishment.

By this stage, it’s more of a comfort thing.

So if I could make him feel comforted, I should be able to do what she does.

But off course, that was always going to be quite a challenge. I don’t have nearly the same relationship of trust with him. Not yet anyway.

Since day one, since he took his first breath, she was there. Even before that. She carried him within her for nine months. And for several months after being born she was his primary provider in this crazy big world.

So for me to build that relationship of trust with him (or anything like it) would be quite something.

I always knew I would, but I also always knew that while she’s already got it, with me it would take some time.

And I’ve had to make a real effort.

It didn’t just happen in one night. It’s been an ongoing thing since the very beginning. The pregnancy and My Emotional Birth was the starting point, but ever since then I have had to make an effort to stay close to him.

And at this young age that bond happens far more spontaneously with the mother than it does with a father. I noticed that it’s very easy to just let it slide the mother’s way.

“Why should I struggle to feed him if you’re so much better at it?” is an inevitable conversation that happens without a single word ever being said.

She never answered that question, but I knew why. Because I could either do it now, start building that trust with him at an early stage, or I could wait and do it later. At which point it will probably be more difficult and likely less effective.

Because that’s what it’s all about.

And not just trust in her, or trust in me. That trust goes much further.

Religious people will probably call it faith, but for me it’s the simple trust that everything will be OK. Even when it’s apparently not OK, when it looks like life has completely fucked me in all ways possible, it’s actually still OK.

And it always will be.

Like everyone else, I’ve been through my fair share of tough situations in life and at the time, time and time again, those situations felt like the end of my life.

But in hindsight it all turned out OK. Sometimes very soon afterwards, other times only much later. But eventually everything was OK.

So the secret I’ve found (but still very much struggle to practice) is to look at each and every situation and remember this: if I’m still alive now and if everything was OK before this problem popped up, it means there’s never been a problem that was insurmountable. And if this isn’t the worst problem I’ve ever faced, then that means that there’s absolutely no reason to worry. But even if it is the worst problem I’ve ever faced, with the added experience I’ve since gained, chances are, just like all the previous “worst-ever” problems, I’ll manage this one too.

I’ve had to discover that trust through life’s trials and tribulations and I am incredibly grateful for that journey. For whatever reason, that’s my path and I walk it with a constant set reminder of acceptance.

Incredible things can happen if we trust the ebb and flow of life and work with it, as opposed to struggling against it.

I am a flawed person. I don’t always trust. And that’s OK too.

But I do trust often enough to have seen what’s possible. And I’ve seen enough to convince me to do whatever I can to cultivate it.

You will need a compatible Lightning wallet like BlueWallet. Scan the LNURL QR code below, select your amount, and hit send! 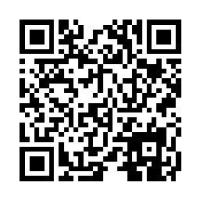 If your wallet isn’t compatible with the above LNURL Pay QR code, you can donate via lightning through Coinos.